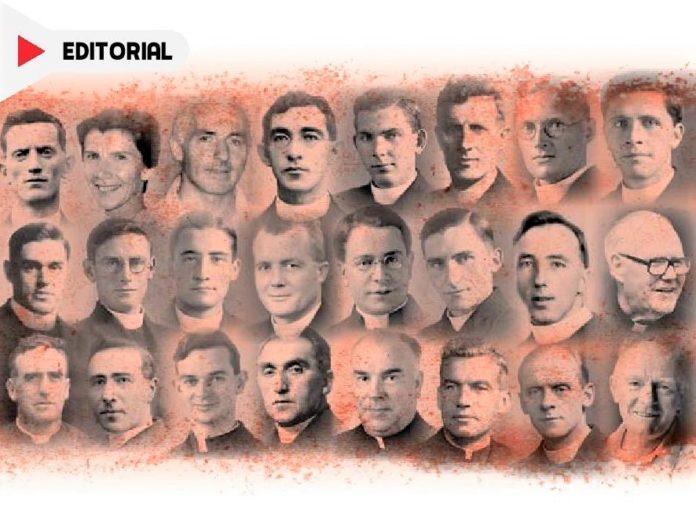 In the January/February 2020 Editorial of the Far East magazine, Fr Raymond Husband, Regional Director of the Columbans in Ireland, highlights some significant anniversaries this year of Columban missionaries who gave their lives for the Gospel and love of the people they were called to serve.

Each New Year brings its own opportunities and reasons for hope. As Columban missionaries we are called to be messengers of hope. In the midst of pain, suffering and despair Columbans continue to stand in solidarity with those who are suffering, assuring them that they are not alone.

Last year the Far East magazine published articles on those Columbans who died violently on mission. Many readers have written in to tell us how the lives of these heroic missionaries gave them hope and inspiration.

2020 is a year when we remember some significant anniversaries of our missionaries who gave their lives for the Gospel and love of the people they were called to serve. Often in the face of adversity they chose to stay with their people and ultimately paid with their lives.

Beginning with Fr Timothy Leonard who was killed on 19 July 1929 and continuing up to Fr Rufus Halley on was killed on 28 August 2001, twenty-four Columban Missionaries have given their lives in the service of the Gospel.

While these are significant anniversaries, they are not the only ones that we will remember. We also remember Sr Joan Sawyer who died in Peru in December 1983 and Fr Vincent Power who was killed in Jamaica in 1994, to name just two. Their lives continue to inspire us, urging us on today to be agents of hope.

Today, the issues and problems may be different to those faced by our Columban Martyrs but our response as people of faith must be the same. To stand in solidarity with those working for a better world and to confront the evils of world poverty, forced migration, lack of respect for the life of the unborn child and climate change.

To stand up against the attitude that sees people as commodities to be trafficked or abused for commercial gain. In recent months we have all seen the horror that this attitude can bring as we remember those 39 young people found dead in a refrigerated lorry in Essex.

In 2019, you our readers, promoters and benefactors continued to support us and encouraged us in our missionary work. You have been for us agents of hope and together we have made a difference in the lives of those less fortunate then ourselves.

As we stand on the threshold of a New Year, I thank you for your loyalty. As we begin this New Year, we recall the beautiful words of Minnie Louise Haskin, “Go into the darkness and put your hand into the hand of God. That shall be to you better than a light and safer that a known way.”