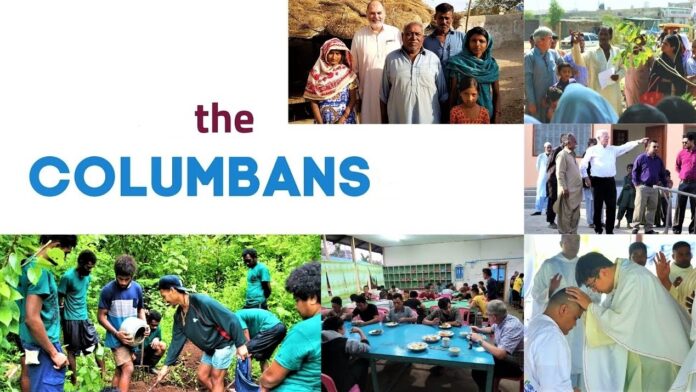 Submission from Columban Missionaries in Ireland

Conscious of our need to be open to the guiding Spirit, we listened in our meetings as each of us  shared some experiences of lived synodality, and also some of the things that had hindered it, in our lives and  missions to date.

As missionaries in a variety of countries in Asia, Oceania and Latin America, we were inevitably vulnerable outsiders, limited in our mastery of complex cultures and languages, and therefore so much more dependent on lay leadership in the various communities in which we served. So often there was a lack of ordained priests and therefore we had no option but to trust and train lay leaders who gladly undertook the various ministries.

In retrospect, it is clear that  it was often the actual shortage of ordained ministers that enabled the laity to take their God-given role. We can see now that our very inability and vulnerability as strangers became the most valuable corrective to the kind of clericalism we had absorbed inevitably in our early formation.

We knew that basic equality and dignity in the Church is rooted in our common Baptism and that therefore a synodal Church needs to encourage and empower the laity. We knew it in theory, but the practice of working with multiple lay-led communities brought it home in a new way. We experienced the essential role of laity in responding to missionary challenges and especially the indispensable contribution of women in ministry. Little by little we learned in practice that leadership really does consist in service.

Our Need to Listen

Sent to proclaim the Gospel, we had to learn to listen: to listen with respect to our fellow-travellers on the synodal path, even to those whose understanding and belief differed from ours; to those who had drifted from the Church, and yet were deeply engaged in community service; to the young with their dreams of the future; to the cries of the poor and excluded ones; to people of other religious traditions; to the cries of those who alerted us to the exploited earth.

We learned that the Church is in service to the Reign of God and we have constantly been surprised by the presence and activity of the Spirit beyond Church boundaries.

Though the Spirit is always leading the Church to be more synodal in its life and mission, we have not always responded to the presence and activity of the same Spirit. As ordained ministers, we acknowledge that we have been affected by a clerical mind-set which left little room for laity to exercise their proper and necessary roles in Church life and ministry.

We listed the following characteristics of clericalism which made us deaf to synodal values and ideas: a sense of privilege and entitlement; a strong individualism; self-sufficiency; a tendency to control; a failure to be transparent and to share information; a tendency to claim the sole right to make decisions; a slowness to dialogue and consult for fear of being challenged by laity; a lack of trust in laity.

A further consequence of clericalism has been the dreadful damage and trauma caused to victims of clerical sex abuse and the subsequent cover-up by the institution.

Formed by The Past

Most of us grew up in a Church, and went through a seminary formation, where we ourselves did not have strong expectations of being consulted, nor did we question the ‘status quo’ in the Church. We had little experience in sharing feelings so that what we really felt remained concealed. In our formation and subsequent ministry, there was more emphasis on teaching people what to believe and do, than on listening and being taught by them.

We were blessed in our call as missionaries to be at home in very different cultures, challenged to learn and be evangelised by those to whom we had been sent, especially the poor and marginalised, but we had to learn painfully  through our mistakes.

Tendencies to Limitation and Exclusion

In so many of our communities women are the indispensable leaders, and yet because of a male-dominated tradition their gifts for ministry have not been adequately tapped. The marginalisation of persons because of their sexual orientation, the lack of pastoral care for those in irregular situations, and the failure to respect persons who are ethnically or linguistically different, were mentioned as examples of exclusion which hinder the development of a more synodal Church.

The lack of support for priests wrongly accused of sexual abuse was also seen to run counter to a synodal approach. We recognise that an insufficient level of engagement with the dioceses in which we ministered often hindered the development of synodality in local Churches.

We can recall experiences where we were remiss in helping to foster relationships in which local bishops, diocesan priests and missionary priests like ourselves might have walked together better as companions on the same synodal path. We also listed experiences which militated against the spirit and practice of synodality within our Columban family.

We are grateful to Pope Francis for this opportunity to reflect on how we have been blessed by our lived experiences of synodality, and for the consciousness that there are still so many hindrances within us to our efforts to live as a synodal Church. Personal conversion will always be needed.

On the synodal path, Jesus is the model for the Way and St Columban’s motto, “To be pilgrims for Christ” strikes a synodal note for all of us.

(Columbans of the Irish Region held several meetings in February and March 2022 responding to Pope Francis’ invitation to reflect on the nature of a synodal Church.)