Home News The Challenge of Climate Change: A Cry For Action 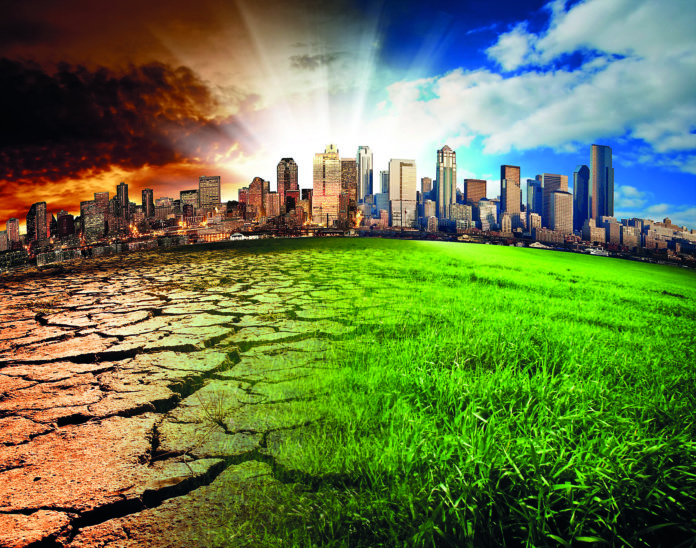 This is the winning article in the 2019 Columban Schools Journalism Competition in Ireland. It is by 17-year-old Ailbhe Murphy, a student of the Salerno Secondary School in Galway City.

A Cry For Action

On 8 October 2018, the United Nations Intergovernmental Panel on Climate Change (IPCC) released a report warning that we have twelve years to limit global warming to 1.5 degrees Celsius or we will be in serious trouble. Already we are facing serious problems in regard to climate change, but people are refusing to acknowledge them.

In the past year alone, our small country has faced snow at Easter, a drought, floods, forest fires, and storm after storm. Ireland has a temperate climate, which means we should not reach extreme temperatures, hot or cold, yet six of the ten warmest years in Ireland have occurred since 1990. Coastal erosion is taking its toll and soon our beautiful coastlines will shrink.

Studies show that if the polar ice caps melt, tonnes of cold freshwater will be dumped into the Atlantic, severely slowing the Gulf Stream, and causing some Irish coasts to freeze over. And all this is what threatens Ireland, one of the top five wealthiest countries in the world, with stable infrastructure and support systems.

Around the world, it’s the poorest who are contributing the least to global warming who are suffering the most. India will receive more cyclones. Rising temperatures will cause cities to become unbearably hot and people will be forced to leave their homes, adding to the refugee problem. Tsunamis and hurricanes will destroy homes and lead to many deaths. Farmers in Africa are dependent on annual rains which have become irregular, to grow their crops – that is likely to mean more famines. We, the people of Ireland, descendants of survivors of the Great Famine should be able to sympathise.

The IPCC report states that we have 12 years to limit the climate change catastrophe. Think about it. When I am 29 years old my fate will be decided. Will I be trying to save a dead planet, or will I be able to have kids and grow old peacefully. I have always wanted to have kids, but I wouldn’t feel comfortable bringing children into the world if I have to put surgical masks on them to go out because of toxic air, like they already do in China, or if I have to move from the coast because of rising sea levels or weather conditions that are just getting too dangerous. Think about what you want for your children and grandchildren.

I know that I am very scared of what might happen and although I love dystopian novels and movies, I really don’t want to have to live through one. I, like many people my age, want to do a lot of travelling when I am older, but if we reach even a 2 degree rise in temperature, there are only a few cities that won’t be underwater. What will become of New York, Tokyo, Rio de Janeiro, Vancouver, Buenos Aires, Hong Kong, London, Dubai, Melbourne, and Washington DC? That is the risk posed by just 2 degrees, President Donald Trump’s policies may lock us into 4 degrees of warming. 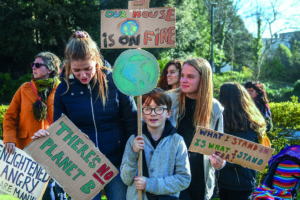 It’s too late to stop climate change, and it’s much too late to prevent it, but we can limit it. If climate change isn’t addressed, the other issues will be worsened. The government will have to deal with more homeless people whose homes are destroyed or flooded, and will lose out financially because of halted work during red weather warnings.

There needs to be a ban on fossil fuels, a ban on meat farming, and a ban on plastic, or at least, extremely severe taxes on these, which are the leading contributors to global warming. All new houses being built need to be reliant on renewable sources of energy, and more grants need to be given to those trying to retrofit their houses to make them more environmentally friendly. It is up to our policy makers to drag us back from the bleak future we have painted for ourselves.

On an individual level, we must make a stand. Join groups in our community and if there aren’t any, start one. We need to research electoral candidates before voting, and add ‘Green Policies’ to our list of ‘musts’ for our vote. If at all possible, we need to switch to renewable energy, especially wind energy, since Ireland has the perfect conditions for that. Use charity shops; buy second hand when possible and donate clothes and furniture. We all know the saying, ‘Reduce, Reuse, Recycle’ so take it to heart.

Recycling is not a solution; it’s a last resort. We’ve gone past the stage of just recycling our plastic bottles and making biodegradable coffee cups. We need to be using reusable products whenever possible and recycling the plastic that is building up in our oceans and killing our marine life.

Families should try to become meat-free. If beef was swapped for beans worldwide, we would be 75% closer to meeting our greenhouse gas reduction goals by 2020. I know what you’re thinking, ‘I’m just one person’, but if one person exchanges eating meat for a vegan diet, they’ll reduce carbon dioxide emissions by 1.5 tons per year. Instead of wondering why somebody doesn’t do something, realise you are somebody.

Action needs to be taken now. As the Native American proverb states, “We do not inherit the earth from our ancestors; we borrow it from our children.” There is still hope! We have twelve years which is plenty of time if, and only if, we start right this minute. I do not want my future stolen from me by people who are too lazy to change.