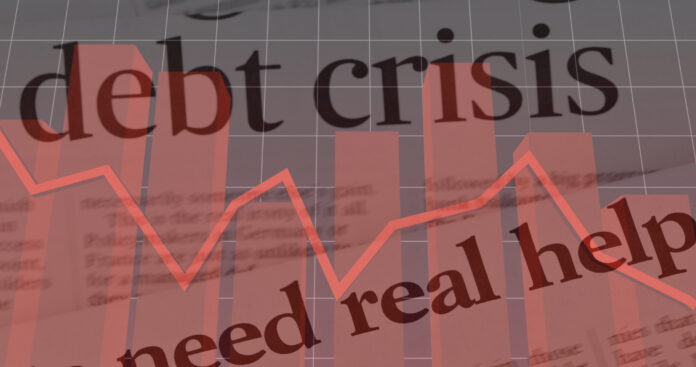 There is one thing above others that humans can never escape and that is the burden of debt, writes Columban missionary Fr Shay Cullen.

Almost everyone, except the millionaires, have a burden of debt. They, too, can be in debt. Everyone seems to owe someone.

There are different kinds of debt such as the “debt of honour” or in Filipino, “utang na loob,” which can control the lives of the underling to the person in ascendancy. We owe parents, relatives, benefactors, and schools. They all claim we owe them something.

Religious leaders claim we even owe debt to God, although Jesus came to say once we repent and do penance for our sins and debts are all forgiven and said if we are Good Samaritans, he gives us friendship debt-free.

Political debts are crushing and like some church leaders control people by debt. The ruling patriarch of the family dynasty holds almost everyone in some debt in their town or province when he or she dispenses public service which are considered not rights but personal favours.

Then, there is debt owed to banks, to real estate owners, the mortgage and car or motor loan has to be paid. Now, runaway inflation increases living costs and more debts pile up. There is no end to debt.

Nations borrow and nations must pay. The International Monetary Fund (IMF) is the great lender and debt collector for the rich nations and banks that lend to poor countries. It’s like an extension of colonial control. They pressure the poor nations that cannot pay to open their natural resources to multinationals for extraction and exploitation. Colonialism in another form.

In the Philippines in 1977, President Ferdinand E. Marcos borrowed billions of dollars and passed Presidential Decree 1177 known as the Automatic Appropriations Law for debt servicing. It decreed that the national treasury must pay the loan with interest, leaving the nation without much money for public services or development and poverty soared.

Former Senator Antonio F. Trillanes tried to repeal this decree but failed. The Philippines is the only country in the world with such a law.

The borrowing goes on. Philippine foreign debt is US$109 billion as of March 2022, according to the Philippine Central Bank. The national debt increased by 3.1 percent, up from $106 billion that is an additional $3.3 billion borrowed. Where did it go is what economists are still trying to figure out.

On the Covid crises, perhaps. On infrastructure, yes and most went on the importation of oil upon which the government levies a high tax.

The beneficiaries are the “new seven sisters” oil-producing nations as they are called. They are Saudi Arabia’s Aramco, Russia’s Gazprom, CNPC of China, NIOC of Iran, Venezuela’s PDVSA, Brazil’s Petrobras and Malaysia’s Petronas.

These are the big players in the Organization of the Petroleum Exporting Countries (OPEC), a price-fixing cartel that controls the price of oil and holds nations and the world to ransom. Led by Russia, they hike up the prices and become vastly richer because of the war in Russia that is funded by Russian oil and gas sales to Europe and elsewhere.

The law of supply and demand rules the world. They have the power to manipulate the world economy and cause inflation, a rise in prices, loss of jobs, and social unrest that could threaten the stability of governments. Nations owe huge debts to OPEC nations.

Argentina cannot pay its debts to the IMF and is running out of foreign currency. Putin is fanning the flames of inflation by cutting off gas supplies to Europe.

Oil is power and the fossil fuel oil industry is still shamefully subsidized by many governments giving corporations everywhere incentives to explore for more oil.

Some rich nations pressure poor nations like Senegal that can’t pay its debts and is forced to open its natural resources of oil and gas to multinational corporations to exploit for their profit. This is the colonial exploitation that goes on today. This is the debt trap and China plays it all too well. It is a form of national bondage on a global scale.

This oil rush goes on despite the need to stop burning fossil fuels and cut CO2 emissions and build renewable power sources to save the planet from destructive global warming. Humans are in self-destructive mode. The burning of oil and gas caused dramatic climate change and global warming causes the forests and earth to dry up and burn.

This is adding more CO2 to the atmosphere which causes an increase in global warming, causing more drought and less water for crops, and causing food shortages, hunger and more social unrest and more debt by the poor nations to the rich just to survive.

The poor southern nations suffer most from destructive climate change and they cause only a tiny fraction of the CO2 in the atmosphere that is causing global warming. In fact, 85 percent is caused by rich industrial nations. They cause huge losses and they now owe the poor nations climate reparation. Because of their history of polluting habits, the rich nations have massive responsibility and huge climate debts to pay to the poor nations that owe them money.

So why not call it quits. Cancel the foreign debt of the poor nations and in return cancel the climate debt owned by the rich nations to the poor?

The forced repayments of interest and capital by the poor nations will stop and go to support food production and renewable energy projects for the poor nations and this will result in less debt to buy oil. That is, if the poor population can stop their corrupt rulers from stealing what’s left in the national treasury. If so, it should help solve the terrible burden of debt, and not before it’s time.

The rich nations will lose power and control over the poor and stop exploiting them with every devious dirty deal to enslave the poor nations in debt bondage. A massive effort to mobilise international public opinion for this deal is needed.

Most of the rich have no compassion and no mercy, just self-interest. So it is the common person – the poor – that have to act and demand that their leaders refuse to pay unjust debts until the rich polluters of the world pay them for the damage caused by climate change droughts, crop losses, and fires. Until they engage in climate justice.