Home News The Hope of Easter 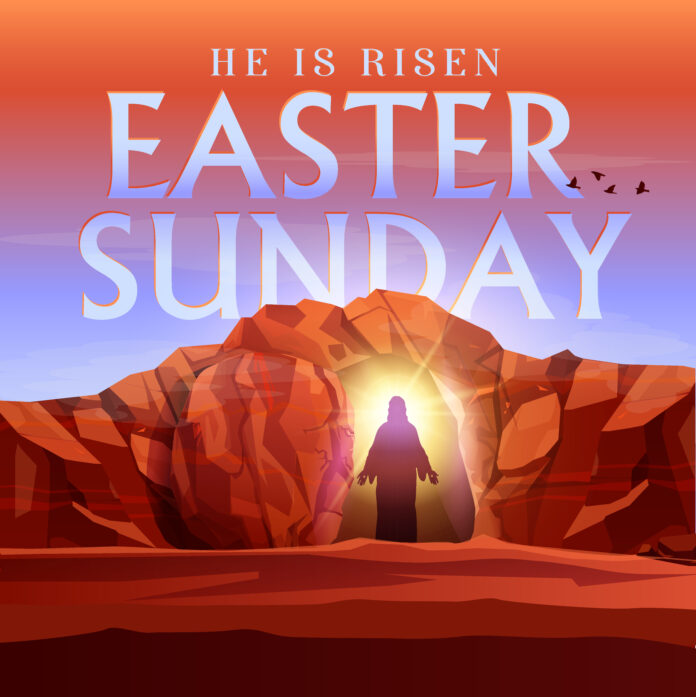 Let us turn our minds and hearts to the spiritual values of life. This is the sacred time of year when we recall the life, death and resurrection of Jesus, the man from Nazareth, writes Fr Shay Cullen.

His life commitment to goodness and self-sacrifice as a champion of the poor and the oppressed led to his arrest torture and execution at the hands of the unjust and cruel authorities. He and his mission did not die and disappear forever nailed to the cross of the Roman execution squad.

His person and his mission live on in people of faith. He rose from the dead and the life-giving values he gave the world; unselfish love, compassion, justice, mercy, human rights and dignity have changed the lives of millions. By his example, his teaching, storytelling and wisdom he inspired generations to be his followers.

He called everyone to repent, change their lives and become people of God not people of the selfish greedy world. But the powers that ruled were hard of heart, they opposed him, they spied on him, they sought ways to accuse him of heresy or an act of subversion so they could stop his transforming and liberating work.

He had no riches, exercised no power, only that of love and friendship, he challenged the rich and the powerful, he called them to repent, have compassion for the poor, the sick, hungry, dispossessed and downtrodden people. He challenged them to share their wealth, help those striving to reform society, and make it into a ‘Kingdom’, not of selfish pleasure-seeking people, but the Kingdom of people that love goodness, justice and the poor. He wanted a complete change of mind and heart and equality for all.

When asked by those seeking his favour and wanting to be named as the most important, he shocked them all when he selected a child from the fringes of the crowd.

Children were without status or position, and he selected a child and said, “Truly I tell you, unless you change and become like little children, you will never enter the kingdom of heaven. Therefore, whoever takes the lowly position of this child is the greatest in the kingdom of heaven. And whoever welcomes one such child in my name welcomes me” (Matthew 18).

The most forgotten and most vulnerable of all were the children and he established their inalienable rights and dignity above all else.

This great truth revealed by Jesus of Nazareth has been downplayed and forgotten throughout history and the rights of the child have been established only in our generation.

The Convention on the Rights of the Child and many national and international laws are now protecting them. But not being well implemented. They are much too late for millions of abused and neglected and starving children throughout history and even until today. Not all people or societies respect and implement child protection laws and give them the respect and care they are due.

Pope Francis has made strong statements and actions to apologize on behalf of the church as an institution for the abuse of children and youth by clergy and bishops. He took responsibility for the child abuse crimes of the past and asked for forgiveness from the victims and survivors. Asking forgiveness is an admission of guilt but a heavy burden, undeserved, for Pope Francis.

But most victims want justice and strong action against all abusers, whether they be clergy, parents, or members of any profession. Hundreds of priests have been fired, others jailed in recent years. Guidelines are in place to stop the abuse and church authorities must act quickly to secure the evidence against any alleged abuser and bring him to justice as the evidence so warrants. They must never cover up a crime.

Jesus was clear about this while preaching forgiveness and compassion for the repentant sinner. He also said that the guilty should be given punishment. The Gospel of Matthew (18:6) refers to tying a millstone around the neck of the child abuser proven guilty and thrown into the deepest ocean.

I am not advocating the death penalty but the end of impunity for many child abusers especially clergy and those who protect them. Good non-corrupt investigators, prosecutors and judges can do justice for the children. The corrupt authorities are bribe-takers and let them go free to abuse more children. It will be bad for them who cause such injustice against children and the innocent, Jesus said. Hell on earth or in the afterlife waits for them he warned.

Jesus of Nazareth died so that there would be a just society and where protection, dignity and justice for all and especially the victims of abuse and oppression would be respected and upheld. The authorities could not accept the truth he spoke that they were oppressing and exploiting the poor and vulnerable people and so they had Jesus falsely accused, arrested and executed.

It was murder arranged by false allegations. Throughout history, the corrupt rich are doing the same. Hundreds of human rights advocates and defenders, pastors, priests, and social workers, have been assassinated for following the example of Jesus of Nazareth.

In the catholic Philippines hundreds including priests have been shot dead for taking a stand for social justice and human rights.

We have to think of these realities of life today when we look at a crucifix. It is not a piece of jewellery but was a cruel instrument of death and is now symbolic of the murder of good people working for justice.

Yet just as he overcame death his message lives on so too the death of his followers today will not be forgotten but will inspire many more to step into the gap and continue working for equality, freedom, justice and human rights for all. That’s the meaning of Easter and the resurrection.