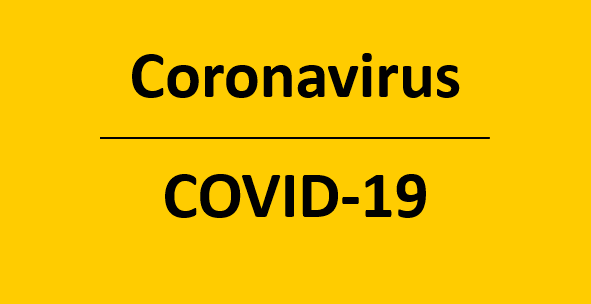 Fr Shay Cullen writes about the impact of Covid-19 and asks if some of the measures taken to counter the spread of this virus could be applied to efforts to combat child trafficking and child sexual abuse.

Think about it. It is amazing that one tiny, invisible smart virus, a product of evolutionary processes, still mutating and changing its profile, can avoid detection and spread itself far and wide with impunity. It is able to bring the human species to its knees, to overpower nations, halt economies, crash the stock market, stop the flow of products and goods, paralyse communities, empty malls, ground airlines, close schools and all sport gatherings.

It has the power to confine millions of people to their homes, rooms, apartments, and cruise ships. Thousands are in hospitals and many have died. Its power can motivate governments around the globe to take action and stop overnight the once free movements of people. It’s almost more powerful than nuclear war and we can’t even see it. We have to believe that this unseen enemy of the human race is out there, lurking and waiting to infect. It has killed a reported 4,000 people already worldwide. Is its danger overestimated? I will get to that later.

No new complicated laws are needed to control the right and freedom of citizens to travel and enjoy complete freedom of movement. But this once sacred freedom is now curtailed by instant decree. The Covid-19 is king. Suspected carriers, without medical proof, are locked up and quarantined and in some countries, they will be fined large sums of money if they do not obey. So now banning convicted paedophiles from traveling to poor countries should be easy to do. This is a proposed law I suggested and was filed by Maureen O’Sullivan TD before the Irish Parliament. Two years and yet to be acted upon. Now without a law anyone with coronavirus flu can be stopped from traveling.

It is something to which people everywhere are very sensitive to and acutely aware of this dark and dangerous threat to health that can cause death to the most vulnerable. It is the Covid-19. There is nothing much we can do other than be quarantined, avoid groups of people to curtail its spread, wash our hands frequently, stand back six feet from people that might be infected. It can change human behaviour, drastically alter social contact and bring about new attitudes and understanding among people. They face a common threat. Many people are worried. It has struck and is striking fear and anxiety around the world, all are afraid of the single, tiny unseen “enemy,” more powerful than all the armies in the world.

Yet, there is a greater threat and actual evil which has infected the whole world and especially male sexual abusers. Until very recently, people did not care much about child and women abuse until the #MeToo and anti-child abuse movement began. Yet, it touches the tip of a great iceberg of abuse. It is the abuse, violence and oppression of women and children that is highlighted in this recent International Women’s Day. Yet this violence causes more lifelong pain, suffering, sickness and death than the Covid-19 ever will. Soon it will die out. But the lifelong suffering and pain endured by silent, downtrodden victims of sexual violence will not.

In Mexico, a reported murder of ten women a day are killed, hundreds more unreported murders go unnoticed. It has been reported by the Centre for Women’s Resources (CWR) recently that at least one woman or child is abused every 10 minutes in the Philippines. The figures of reported cases are 6,315 women and 6,054 children were reported as victims. Only six percent of victims report the abuse to the authorities. Rape and abuse is like the pandemic world-wide.

The UN Special Rapporteur and expert Maud de Boer-Buquicchio briefed the Special UN Human Rights Council last March 2, declaring that child sexual abuse and prostitution of children is in “every part of the world.” The sexual abuse of children over the internet is perhaps the very worst form of child sexual abuse, she said. “Children continue to be sold and trafficked within their own countries and across borders for the purposes of sexual exploitation.” She also said that “children are coerced into participation in pornographic performances online. Young girls and boys are lured with false promises and coerced into sex trade, domestic servitude, forced labour, begging and forced marriage.” She reported that 28 percent of the child victims were under 10 years of age.

Such violence and the government and public apathy, indifference, lack of concern of society in general, is more destructive and hurtful to human lives than a dose of the corona virus from which most people recover with treatment and go on to lead normal lives. Victims of abuse do not.

There is no known medication that will cure a person of Covid-19, everything is being tried and a vaccine is in the works. There is talk about the seasonal influenza killing more than the estimated 4,000 victims of Covid-19 dead already world-wide. In the United States alone, as many as 18,000 people have died from seasonal influenza since September last year, according to the Centres for Disease Control and Prevention. According to the International Federations of Pharmaceutical Manufacturers & Associations, as many as 290,000 to 650,000 die from it yearly worldwide. This is about 0.14 percent whereas the Covid-19 has a potentially higher fatality rate of approximately 0.2 percent, higher than the seasonal flu.

However, we have to take everything in perspective and do all that can be done to contain the spread of Covid-19 and save lives but so much more has to be done as the world slowly awakes to the horrific prevalence and frequency of the sexual abuse of women and children. The same energy and government action to control Covid-19 should also go to stop and contain child and woman abuse.