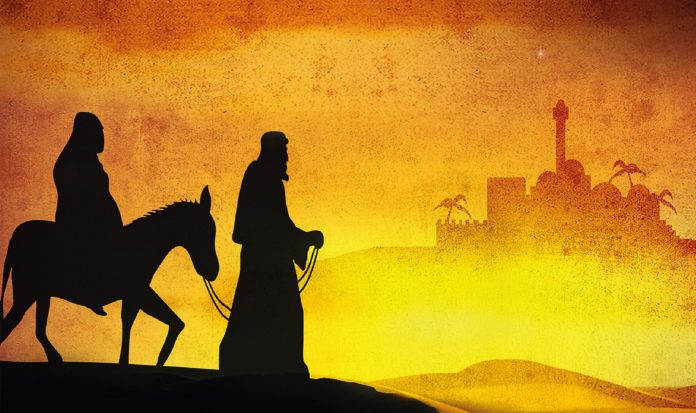 Christmas is upon us, writes Columban missionary, Fr Shay Cullen. It is a celebration of the birth of the most charismatic and influential human being to walk the earth.

We should learn what and why we celebrate the birthday of this remarkable person who has inspired millions of people in the past to live lives of sacrifice, dedication and to give their lives for the values and principles of life that he, Jesus of Nazareth, taught to the world.

He told a simple story of an outcast traveller from Samaria who stopped on the roadside to help a victim of violence and crime when the politician and religious leader walked on by refusing to help. That story defines a believer, a disciple and a Christian.

Coming to the aid of a suffering stranger is recognition and a statement of the value and dignity of every human being especially the downtrodden that suffers violence. Helping one’s family is a natural response and an act of family love and concern but to reach out to help a person unknown and unrelated is of the highest value, a supernatural response. (Luke 10: 25-37)

The message in that story is clear. It says that every person is deserving of equal status, rights and dignity irrespective of race, colour, creed, gender or social or economic situation. That basic value holds that every human being has a universal inalienable right to care, support, protection, healing and a life of decency.

Whether they are victims of violent crime, war, poverty, natural disasters, refugees, migrants, indigenous people, they are all due respect and help, shelter, food and a welcome.

These values may be taken for granted nowadays by some but still ignored by politicians and religious leaders. Yet, this common sharing and support for each human is what holds society together. It is by having concern and taking direct action to help other humans that defines humanity.

It is being in solidarity with the weak and needy and acting for their well-being and freedom from hardship and injustice that assures the happiness, progress and survival of all. Blessed are those that teach their children these values by their actions implementing the   m.

Modern civilization needs these values to remain civilized by implementing and practicing them with action and service for all members of society. So, if we are celebrating anything it ought to be to recognise and celebrate the people who have worked to bring them into practice in society.

These values when practiced bring peace and harmony to society. They have been absorbed into many moral civilized societies today, although not all practice them as they should. When the politicians and religious leaders walk away from these values, refusing to help the poor, the hungry, the unemployed, and allow child and woman abuse in an unequal and unjust society, protests and violence can break out.

As a result, we see riots and demonstrations, protests and the cries of the people demanding greater equality and freedom from injustice and poverty. We see wars, overflowing refugee camps, hungry starving people. That is why we have to continue to uphold and speak out for the values he taught, to bring leaders to embrace and willingly accept and implement them.

Then another great value of social justice introduced into the world so long ago by the Man from Nazareth is the dignity and importance and rights of children. A child, he said, is the most important of all in the Kingdom of God and by extension in society. To accept a child is to accept him, he told the crowd, and to accept him is to accept all the values that he taught and practiced. In short, to acknowledge the rights and dignity of children is to acknowledge him and accept his teaching. (Matthew 18:1-8)

His words and example and the values he brought into society continue to guide and inspire millions of people to live lives of virtue, integrity, honesty, dignity and to respect the rights of all people and to protect and value the planet and its environment upon which we all depend for life.

But not all government leaders or religious leaders embrace the values of equality and human rights. Many oppose them and enslave their people and kill and murder them, sometimes with impunity to increase their power, domination and wealth.

He himself was imperilled as a child, was threatened with death, escaped a massacre of children by King Herod, and became a poverty-stricken refugee. With his loving parents, he fled into Egypt until the danger had passed. How many refugees today are fleeing violence and threats and are rejected by those who falsely claim they are Christian yet cruelly discriminate against the victims of violence. (Matthew 2:16-18)

These values of human dignity and rights of all people and especially children he introduced two thousand and fifty years ago.

Today in a secular, non-Christian, non-religious, materialistic western world, his name is rarely mentioned. He is not credited or widely acknowledged as having inspired or influenced the values behind the making of modern human rights law.

These vital laws originating in the teaching of Jesus of Nazareth govern society, communities and nations. They are, in enlightened and well-governed societies, especially protecting women and children, the environment and land rights of indigenous people.

Christmas celebrations are mostly meaningless, alcohol-driven parties while attending religious rituals and rites are more cultural and customary social occasions. They ought to be a time to recall and dedicate our lives to live out in action the most important values of life.

These values are coming from the profound teachings of Jesus of Nazareth. They are about our relationship with each other, our community with the poor, the oppressed, the downtrodden and with our families and the world in which we live. This is what Christmas is really about and what we ought to celebrate.