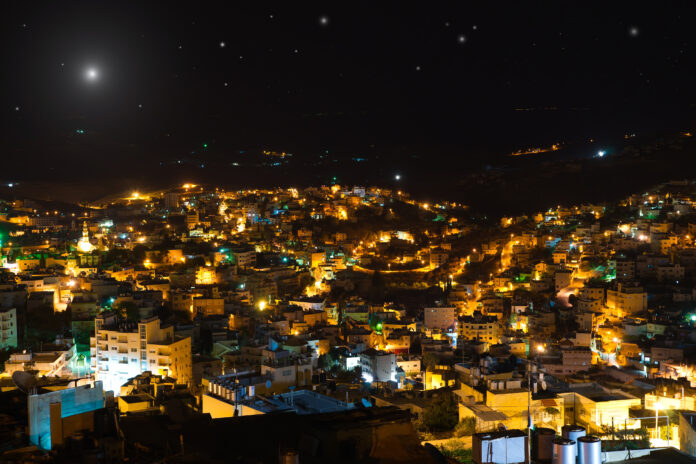 Advent is a time for anticipation, but it is also a time to remember some important basic truths writes Fr John Burger.

In 2013, after twelve years in administrative assignments with the Columbans, I was given the chance to take a sabbatical. I seized the opportunity and chose to do a six-week course at the Tantur Institute south of Jerusalem.

Near Tantur there was a main bus route and along that road were the ruins of an ancient church. I stopped to look closely at the ruin that I had spotted from the bus window. I was curious about it because it was the same shape (octagonal) as the last church where I had been pastor, Sts Simon and Jude in Fujisawa, Japan.

I discovered that the site held the remains of a church built in the byzantine period of history (about 1,500 years ago). One very interesting thing was the location. If you were travelling from Nazareth, via Jerusalem to Bethlehem, as Mary and Joseph did, this would be the spot where you would walk uphill and catch your first glimpse of Bethlehem.

The church was built there on the theory that it would have been a logical place for weary travellers to stop and take a little rest now that their goal was in sight. Maybe as contemporary Christians, that is where we are in December too. It is a time where we catch a glimpse of Bethlehem and its promise shimmering in the distance.

Like Mary and Joseph, we too are indeed on a journey, a pilgrimage towards heaven. In another sense we are just a short distance from Bethlehem, a short way from Christmas. We can catch a glimpse of it today if we pause and look and drink in the sight, since it is so near.

Our glimpse must include Mary. Mary, as we know, was a young woman to whom an angel appeared to reveal to her God’s plan for her life, chosen by God to be part of the great miracle of God’s entering into human history, taking on human flesh. The Son of God would be born to her even though she had never known a man. Thankfully, Mary said ‘Yes’ to God’s plan.

Advent is a time for anticipation, but also a time to remember some important basic truths. Each time the Gospel is preached to us, we are reminded that God has a plan for our lives. He plans for us to know Him. He plans for us to serve Him by serving others, and He plant to forgive our sins.

But God does not force Himself on us. Just as He waited for Mary’s yes, God’s plan for each of us involves an invitation and our response. Will we accept God’s forgiveness? Will we love and follow Jesus?

For many people, Christmas is a joy-filled time with family and friends, but for others (perhaps someone reading this) it can be a difficult time due to illness, or the recent death of a loved one. Some carry with them high expectations of “the perfect Christmas” only to be disappointed when things don’t work out as they had hoped and planned.

The problems of this life can sometimes be overwhelming. Yet isn’t this the reason Jesus came? At Christmas we celebrate that the sinless Lamb of God came to this earth to offer His life in our place, and for our sinfulness.

Pause, sit, take a breath, look up… Bethlehem is near. And may this be a peace-filled Christmas for you.