Home Features The Start of the Adventure: Columban Youth Update 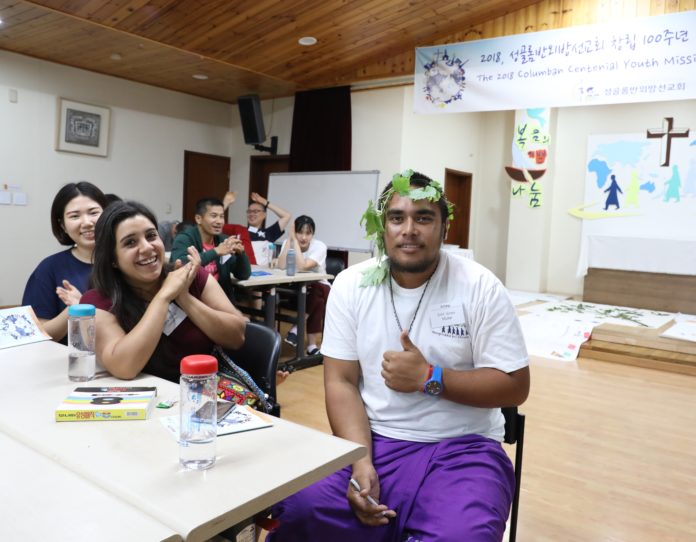 This was soon followed by our first Mass in Spanish, with English readings and intercessory prayers in Chinese! This has soon become the norm and given the makeup of our group we can expect many more strange language combinations. 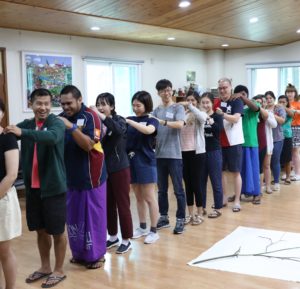 The Columbans have gathered young people from: America, Britain, China, Fiji, Myanmar, Mexico and Peru – add a dollop of Koreans and you have the recipe for just over two weeks unforgettable experiences.

The Tuesday acted as our orientation day starting with icebreaker activities introducing us to each other, although a late night drinking Fijian Kava and watching Brazil play Mexico in the football World Cup had already done this. 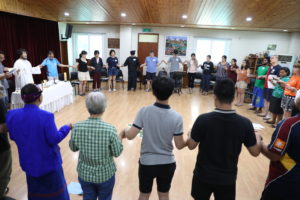 Admittedly this choice of viewing material may have been a poor choice as the group was split with everyone choosing a side, but by the morning no blood had been spilt and the Mexico supporters accepted the result with magnanimity.

After a delicious lunch, with a minimum of struggling with chopsticks, we spent the afternoon in mixed nationality groups discussing why we were here, what our expectations and fears were and how we individually viewed mission.

I cannot speak as to what the Korean Region wants from this experience but I think that this is what I will enjoy most from our time here. One of my group put it like this: “It is an opportunity to learn from other views of church without having to take a plane and fly to each.”

For example, in my first few hours here I talked to Koreans about the religious desire for peace and reunification and Americans about migration, Trump and getting young people to engage in mission. 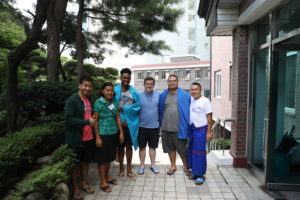 All of these issues I had heard about before but not in those contexts or with their responses to it.

One conversation I found most moving was with one of our Chinese companions who spoke of the suppression of the church and how dangerous it is to be a practicing Catholic loyal to Rome in China. 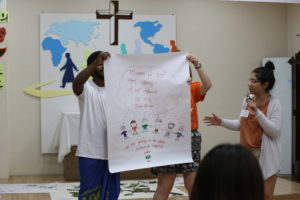 I hope, and pray, that this week will bring us all closer together and remind us that we are not alone in the world with each of us toiling in the vineyard building the kingdom of God, in a very Columban way.