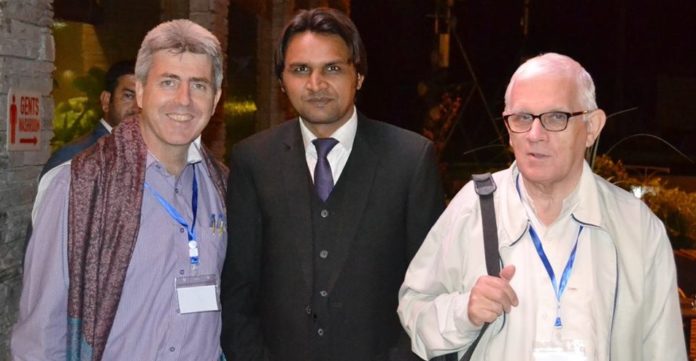 Columban missionary Fr Liam O’Callaghan in Hyderabad in Pakistan has sent this update about the Columbans’ work in 2018.

Greetings to you from the ‘land of the pure’ which is the meaning of the word Pakistan, I hope this finds you and your loved ones well and in good health.

It is hard to believe that another year is over, though it was good to be home for July and August to catch up with family and friends, and also to be in Ireland for the visit of Pope Francis in August and the Columban centenary celebrations.

I am based in an apartment in a Muslim community in Hyderabad city, population 1.73 million, the second biggest city in Sindh province after Karachi. I am working full-time in Justice, Peace and Integrity of Creation (JPIC) and Interreligious dialogue (IRD) issues in the diocese of Hyderabad with Columban co-worker, Danish Yakoob. 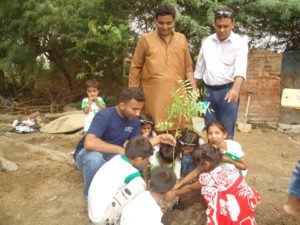 In 2019, we will be focusing more on environmental protection, seeing as the issues of unclean water, pollution, constantly increasing temperatures and salination of land are reaching critical levels in Sindh. We are working with and training two community groups on these issues, working with a number of high schools with seminars throughout the year and also visiting parishes and community groups throughout Sindh.

We work on these issues from an inter-faith perspective, involving Christians, Hindus and Muslims; this is an attempt to do inter-faith dialogue in a more indirect way, by working together on social issues of common concern.

Politically, there is a new Government after the 25 July 2018 general election, when the 1992 World cup winning cricket captain, Imran Khan and his PTI party came to power, gaining a dramatic 114 new seats in the National Assembly. 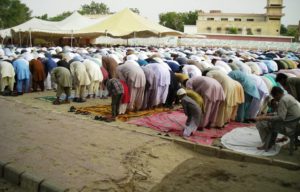 However, it still fell short of a majority and so had to enter into a coalition with a number of smaller parties and independents.

The credibility of the previous Government was severely damaged when the Prime Minister, Nawaz Sharif, was dismissed from power by the Supreme Court on corruption charges in July 2017 as a result of revelations from the Panama papers.

However, even after only four months, the new Government is struggling – the financial crisis has led to further debt problems; border tensions with India and Afghanistan; a hostile US Government; an entrenched problem with religious extremism and a confrontative approach to the opposition which makes a fragile coalition even more vulnerable.

Extremism has been a major problem for decades now, and the extent of it was shown in October in reaction to the Supreme Court decision to acquit Christian woman, Asia Bibi, after accepting her 2015 appeal against her death sentence for blasphemy.

She was accused of blasphemy in 2009, charged and has been on death row since 2010. The SC judgement stated that the prosecution’s failure to prove all elements of the offence, including the requisite intent to defame Prophet Muhammad (PBUH) calls into question the convictions and so it was overturned. 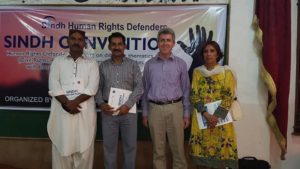 The reaction to this decision was shocking is the form of a country-wide protest led by a new far-right Islamist party dedicated to killing blasphemers, Tehreek-e-Labbaik, (TLP) which brought the country to a standstill for three days.

Though the TLP did not win any national seats in the general election, they claimed a startling 10% of the vote in the 110-million strong province of Punjab. The Diocesan office sent a message to all foreign missionaries not to go out during those days. 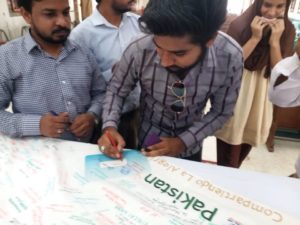 After three days the government signed an agreement with the leaders of the protest to get the country back to normal, which felt like a cave-in to the extremists.

However, to the credit of the Government, after the situation had quietened a few weeks later at the end of November, they launched a massive crackdown against the TLP and other extremist groups, arresting hundreds of the leaders.

This was crucial for the Government to claim back its authority and hopefully it will be followed through and so be the beginning of the end of the scourge of extremism.
Economically, the country is struggling and the budget deficit has grown steadily over the past five years, with foreign currency reserves in decline.

The currency, the rupee, has been repeatedly devalued in recent months, fuelling inflation and price increases, with devastating effects on the poor; at the beginning of 2018, the value was $1 = Rs. 109, it now stands at $1 = Rs. 140 and the weakness of the rupee is having a crippling effect on the economy.

Pakistan is in negotiations with the IMF seeking its largest loan package ever ($8 billion) to bail itself out of a balance-of-payments crisis; this is notwithstanding the fact it received $6 billion from Saudi Arabia in October and $3billion from UAE on December 14 to help manage the crisis.

The country is heavily dependent on the massive investment from China under the agreement known as the China-Pakistan Economic Corridor (CPEC), in which China will invest $51.5 billion in infrastructure projects. 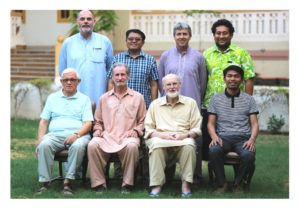 This severe economic reality will make it difficult for Khan to fulfil one of his most popular campaign promises, namely his ‘Islamic welfare state’ which is built on much increased spending on education and health in particular.

2018 was a significant year for us Columban missionaries as it marked the centenary of our foundation in 1918; it was known as the Maynooth Mission to China in the beginning as its focus was mission in China. The Society of St Columban (SSC), as it is now known, works in 14 countries and is made up of 376 ordained, 50 lay missionaries and 40 seminarians. 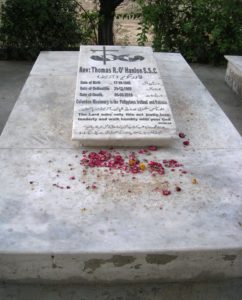 There were celebrations in each country where Columbans work to mark the centenary and here in Pakistan we had a number of events also; we organised five seminars on mission – in the national theology seminary Karachi, Hyderabad diocesan workers, Hyderabad diocesan catechetical centre, St Elizabeth’s parish, Hyderabad and co-hosted with the Christian Study Centre, Rawalpindi a three-day ecumenical symposium on mission in October.

The purpose of these was to help the local Pakistani Church to reflect on and articulate a contemporary missiology for today’s difficult context. In September, the SSC General Assembly (which happens every six years) was held in Taiwan which sets direction and guidelines for the next six years and elects a new Society leadership, the new Society leader is Fr Tim Mulroy.

Here in Pakistan, we are eight Columbans – six ordained and two seminarians – from four different countries, namely, New Zealand, Fiji, Philippines and Ireland, all of us based in Hyderabad diocese.

We are expecting two Filipino lay missionaries and two newly ordained – Filipino and Chinese – in 2019.

I wish you all the blessings you and your loved ones need at this time and especially pray that the new-born prince of peace be a source of good news, love and peace for you throughout 2019. And be a source of comfort and strength for those who have lost loved ones.