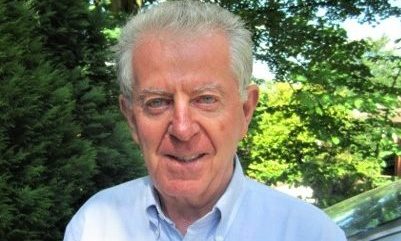 In the final week of the Synod on the Amazon, Columban missionary Fr Peter Hughes, who is a participant at the Rome gathering, provided this update on the progress of discussions.

Greetings from Rome and a note beginning the final week of this extraordinary event.

The perennial question arises, are we on the threshold of some real, significant change is very much in the air.

After two years of prep and consultation involving over 87,000 people (conservative figure) we have completed two weeks of dense, intense sharing in general assembly and group work.

The first version of final document will be presented tomorrow. Then we are in the final furlong.

Right now, things are looking good, playing with the breeze and a few points up thanks to leadership of Pope Francis, Claudio Hummes, Pedro Barreto, Michael Czerny, but in these situations anything can happen, Rome has weathered many storms. The horse in the lead coming around Tattenham corner doesn’t always win the Derby.

The most significant voices are new. Women, particularly indigenous women, are speaking out loud and clear. The voice from the periphery is more free, honest, grounded in the pain, reality of violence in the Amazon.

Most bishops are speaking from lived experience, they have also brought “what they have seen and heard” shooting from the hip. Cardinals from other continents have made an impact: Congo in Africa, Gracias from Bombay, Marx and Hollerich from Europe, O’Malley from the US. The curia look surprised, worried and defensive.

The issues are on the table: Destruction of the Amazon caused by the mining, extraction, oil etc. Degradation, climate impact, deforestation and land grabbing from indigenous peoples, need for real dialogue rather than imposing our stuff. Strong emphasis on theology of creation, incarnation of Word as culture and history from the periphery, new ministry, majority in favour of ordaining married men and special ministry for women.

The challenge for mission will be grounded in dialogue with the ancestral wisdom (sabiduría ancestral) of the indigenous peoples, a new paradigm to care for the earth, la casa común, physical space, spiritual reality.

There is a real sense of count down, end game, timing of the Synod and Amazon rain forests burning, leadership of Greta Thunberg and the Fridays for Future youth movement. Outside (and inside) a real festive spirit.

Yesterday, a Via Crucis on the streets of Rome of the martyrs of the Amazon. This morning, (Sunday) about 200, including 40 bishops, took part in a new Pact of the Catacombs.

Press and media have major presence, most seem open, plenty against, attacks etc.