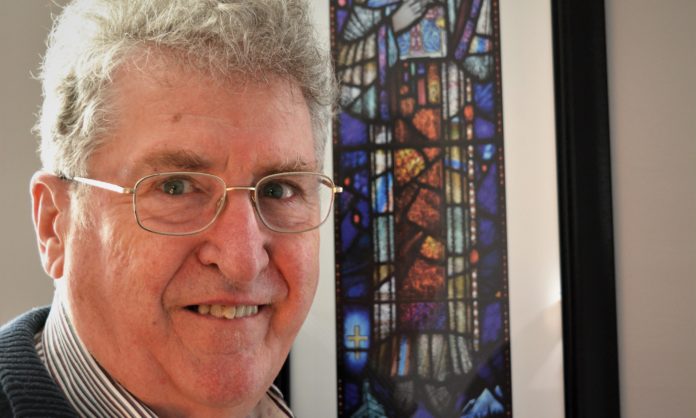 Fr Sean McDonagh attended the recent International Conference on Religions and Sustainable Development Goals hosted by the Dicastery for Promoting Integral Human Development and the Pontifical Council on Interreligious Dialogue. It was, he says, “an extraordinary event”.

From 7 to 9 March 2019, I attended a conference on religions and sustainable development in the Vatican. The conference was hosted by the Dicastery for Promoting Integral Human Development and the Pontifical Council on Interreligious Dialogue.

It was an extraordinary event which should have attracted much more media coverage since it brought representatives from religions around the globe and United Nations personnel to Rome to discuss their understanding of sustainable development in the light of the various religious traditions.

To emphasise the importance of the topic to the Vatican, the conference was opened by the Secretary of State, Cardinal Pietro Parolin. He made the point that very often in discussions about sustainable, development little emphasis is given to what religions can bring to the table on this topic. In the Abrahamic religions – Judaism, Christianity and Islam – life is seen as a gift from God and that every human being is made in the image and likeness of God.

He was followed by Rev Martin Junge, General Secretary of the Lutheran World Federation, who articulated the Lutheran understanding of development. The final speaker from the Abrahamic religions was Judge Sheikh Mohamad Abou Zeid, Islamic Sunni Court in Saida, Lebanon.

The second session on the fulfilment of the sustainable development goals in the areas of food, water, climate, health and urbanization was particularly insightful. One of the speakers, Dr Vandana Shiva, is well-known to development workers both in India and around the world.

Vandana Shiva is an Indian scholar, with a PhD in nuclear physics. She is better known as an environmental activist and food sovereignty advocate. She challenges the claims of the agribusiness such as Bayer and Monsanto who claim that their seeds and chemical compounds are responsible for feeding the world.

She argues, on the contrary, that they are systematically destroying the fertility of farmlands right across the globe. Bayer and Monsanto, the makers of the weed killer Roundup, have insisted their glyphosate-based herbicides are not toxic ever though a jury in the US in March 2910 found that the company’s glyphosate-based Roundup does cause cancer.

Another very powerful speaker at the conference was Rev Awami Agnivesh from India. For him, sustainable development goals must help the poorest groups in society. He described the slave-like conditions experienced by bonded labourers in India.

According to him, this adversarial affects the lives of tens of millions of people in India and, while the Indian Supreme Court has condemned the practice, the caste system keeps this form of forced labour in place.

Mgr Robert Joseph Vitillo, the Secretary General of the International Catholic Migration Commission (ICMC), spoke on the future of work. Naturally, he talked about the dignity of work for both men and women.

However, neither he nor any other speakers at the conference spoke of the fact that automation driven by artificial intelligence, algorithms, robots, drones and 3D printing is currently reshaping the reality of work and that, in the future, 30 or 40 percent of people in a given area may not have paid work.

The reason this is happening at such great speed is that Moore’s Law tells us that we double our digital capacity every 3 years.

I attempted to intervene on this topic, but one of the drawbacks of the conference was that, while we were given a lot of information, there was little room for debate. In fact, I tried on the third day to raise this issue, but again, there was little time and, therefore, it wasn’t addressed.

Although the conference on sustainable development goals included representatives from religions around the world and United Nations personnel, yet none of these groups seem to be focused on this area.

Unfortunately, this is not new in the history of the Catholic Church. In the 19th century, the factory system was destroying the lives of the poor from 1820 onwards. However, it was only in 1891 that Pope Leo XIII published his wonderful encyclical Rerum Novarum. Unfortunately, it was 70 years too late.

The same is true of the environment. Rachel Carson’s, bestselling book Silent Spring, was published in April 1962.

Unfortunately, the Second Vatican Council, which began in 1962, brought about enormous welcome changes in the life of the Church, but it had little to say on the environment.

We had to wait until Laudato Si’: On Care for Our Common, published in 2015, for the Catholic Church to catch up on secular discourse on this vital area.