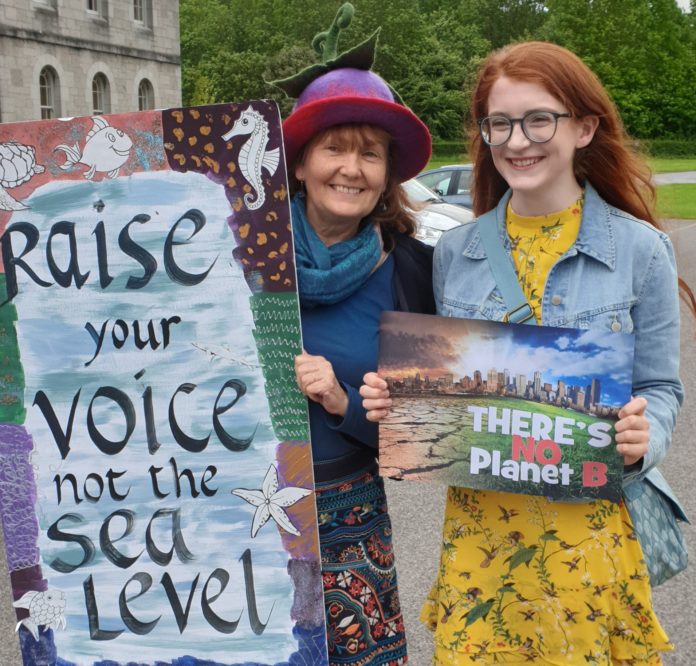 Addressing student award winners in the 2019 Columban Schools Journalism competition, she said the topic they had written about – ‘The Challenge of Climate Change’ – was one that is very close to her own heart.

The vice-chair of the Global Catholic Climate Movement and member of the government’s Advisory Group on the National Climate Dialogue highlighted that the Guardian newspaper has now started to call the issue “climate breakdown”. 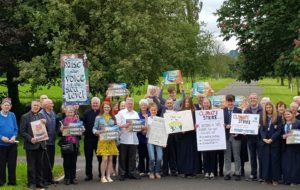 “How we talk about this issue and the names we give it matters greatly. How we communicate an issue shapes how we respond to it. Change sounds like something quite pleasant perhaps … But breakdown sounds more urgent,” she said.

Referring to the students’ articles and videos, she said that in their investigations into climate breakdown, “I am sure that you have come across some quite disturbing facts. You have no doubt learnt that global CO2 emissions are still rising – despite all the efforts of governments to curb them in recent years. You have seen that CO2 has now risen to 415 ppm, levels not seen since the mid-Pliocene era when sea level was 66 feet higher than now.”

Addressing the students who had travelled from Cork, Limerick, Galway and Dublin, she told them, “You have no doubt learnt about the impact that more frequent, intense storms and freak weather events are having on communities right across the world such as the impact on small islands in the Caribbean and in the South Pacific.

“You have learnt about the sheer urgency of this issue, the fact that we only have a decade left to make massive changes to our economic and social system.” 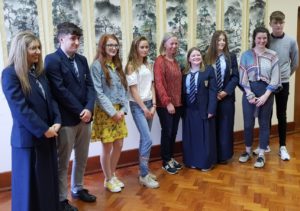 The pretty dire predictions the students would have come across in their research underlined what would happen if humanity did not change its ways.

“Within your lifetime we could see great upheaval due to changing weather patterns, rising seas, melting glaciers and so on. It is pretty scary stuff,” Dr Gold acknowledged.

Referring to the many thousands of people who are taking action – campaigning or working inside businesses, NGOs and governments to change policies and behaviours to tackle the problem, Dr Gold said there was a lot of hope.

Many people are working tirelessly to reduce emissions and set the world on a new path to a just and sustainable future.

However, at the same time, there are many corporations, such as oil companies, “which would rather we didn’t know the truth and just continued with life as usual”.

She also highlighted that many farmers are resistant to change, as their lives would be turned upside down. 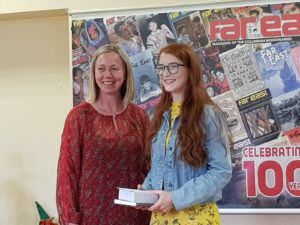 “You are probably left wondering why it is that so little is being done in the face of this problem? Why is it that so many people still do not know or seem to care about the planet and about the future? These are very big questions for which there are no easy answers – but in doing your work in writing about it, you are helping to address it. You are opening many people’s eyes to your truth and your future.

“I believe that there are three qualities we all need to nurture today to tackle climate change and you, and many other young people across the world, are offering a great example of how we can start to solve this great challenge facing humanity.”

The first thing, she suggested, is that “we all need to nurture … the courage to tell the truth. Many people do not want to know the truth about climate change, but it is absolutely essential that we face this truth. Some people would prefer to believe that there is no truth when it comes to climate change – but they are wrong. There is such a thing as scientific truth, there are facts!” 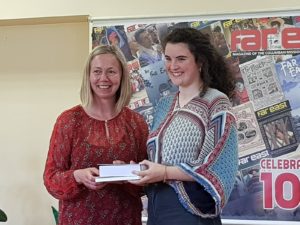 The second thing that is needed today, and which she said the students were showing leadership on, is “making this massive issue of climate change real for people. Climate change can seem very far away for a lot of people. It is an issue which they think affects other people in faraway countries – or they think will only affect people in the distant future. What you are doing through your writing is making this issue much closer to home.”

The third thing that is needed today is the capacity to think independently and ask the hard questions. “Sometimes it can be easy to follow the crowd and not question what is happening around you, but your stories demonstrate that you are curious about the world.

“So these three things: courage to tell the truth, the ability to tell stories and the capacity to think independently are what I would encourage you to continue to work at. Keep going – the world needs young people with your skills and talents to help tackle climate change and build a better future.”

After addressing the students and presenting them with their prizes, Dr Gold led them in a climate strike at Dalgan Park as part of the #FridaysForFuture campaign to get the government to do more to address climate change. 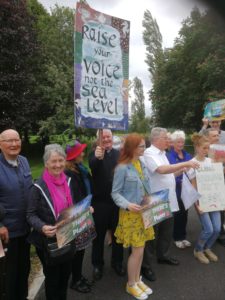 This is the second year that the Missionary Society of St Columban has run its journalism competition.

The competition runs both in Ireland and in Britain. Each journalism award has two categories, writing and video, and leading journalists in Britain and Ireland judged the entries. 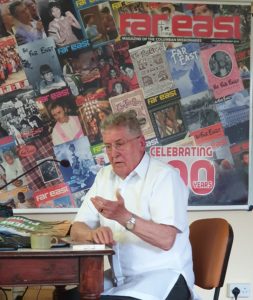 Speaking to the Irish Times, Fr Sean McDonagh said this year’s theme on climate change reflected the Columbans’ long-established advocacy on this issue in all 16 countries where they work.

He said he had been greatly empowered by Laudato Si’, the papal encyclical on climate change, which he acted as an advisor on.

He also said he was encouraged to see so many young people “doing what we, our generation did not do”. 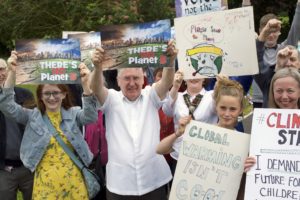 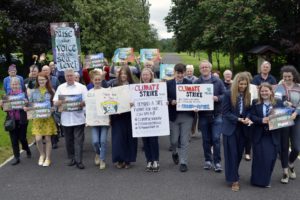 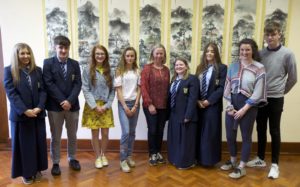 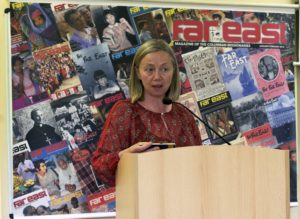 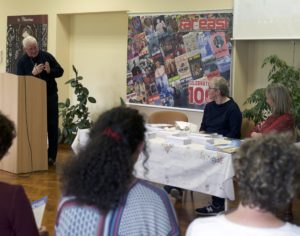 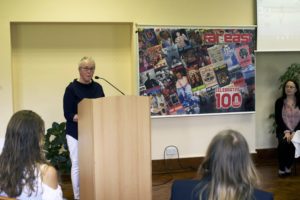 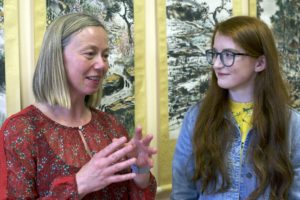