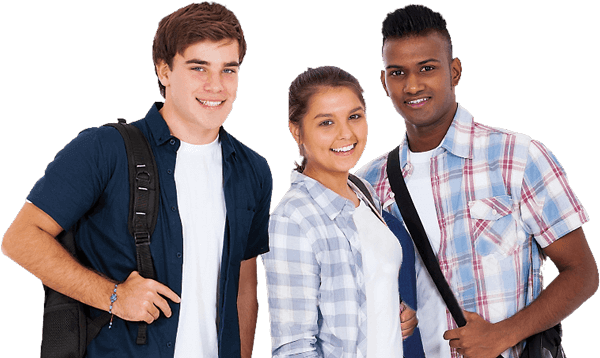 The winners of this year’s Columban Schools Journalism competition on ‘The Challenge of Climate Change’ have been announced.

The competition was run by the Columban Missionary Society and was open to young people 15-18 years old.

Two separate strands were held – one for students in Ireland and the other for pupils in Britain.

The objective was to encourage students to use their journalistic writing and mobile skills to look at a topical issue which is relevant to Catholic Social Teaching and resonates with Columban mission.

Each had two categories, writing and video, and leading journalists in Britain and Ireland judged the entries. 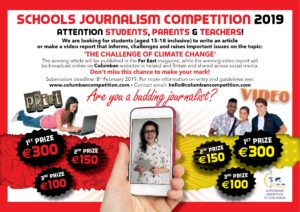 The subject matter recognised the Columbans’ long established advocacy on Climate Change in all 16 countries where they work.

Last year’s competition was held on another Columban focus issue, ‘Migrants are our Neighbours’.

A formal presentation will be made to the Irish winners of the 2019 competition in May by Dr Lorna Gold, Coordinator of the Laudato Sí Project for Trócaire and author of ‘Climate Generation: Awakening to Our Children’s Future’.

The full list of winners for both regions can be seen here: www.columbancompetition.com

The following are the winners for the Irish Region: