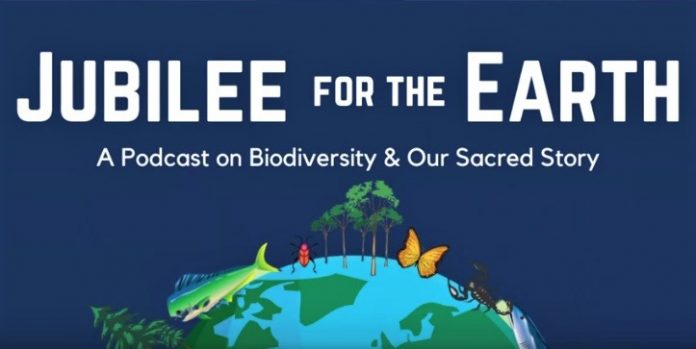 Fr Tim Mulroy, Superior General of the Columban Missionaries, explains how to celebrate World Biodiversity Day on 22nd May 2021. The Society has released the Columban Biodiversity Podcast: ‘Jubilee for the Earth’.

The podcast is one of the Columbans’ contributions to Pope Francis’ Laudato Si’ Decade which launches on 24 May.

We are committed to the principles of Laudato Si’ as central to our ongoing “ecological conversion”.

We have joined the Laudato Si’ Action Platform as a participating organisation as well as an organisation that has developed the Platform.

Our missionary experience has taught as that all creation forms one Earth community. All are necessary and important. We need an economic and social order that collaborates mutually with the whole of God’s creation as well as a spirituality of care and relationship.

To guide this commitment, an international Columban committee has been established called the Columban Creation Covenant Working Group. We are a diverse group of men and women, lay and ordained, including members from Pakistan, Myanmar, Philippines, USA, Chile, Taiwan, Fiji, Australia, Britain, Korea, Hong Kong, New Zealand, Ireland, and China.

This Columban Creation Covenant Working Group will provide guidance and accompaniment to Columbans throughout the world as we plan action towards 2030.

We see these two processes as interrelated opportunities for policy advocacy as well as grassroots education and action. We join with our international partners – including the Vatican Dicastery for Promotion of Integral Human Development, the Global Catholic Climate Movement (GCCM), Union of Superiors General (USG), Union of International Superiors General (UISG), and national and local partners to have a robust voice calling for the care and protection of all life on the planet.

We pray for and thank Pope Francis for his ecclesial leadership and pastoral vision which invites inclusive dialogue among peoples of all religions and those of good will. We offer our ongoing active support to bringing his encyclicals Laudato Si’ and Fratelli Tutti to life.