A Pioneer of low-cost Housing in Fiji

It was thought that Fr Dermot Hurley wouldn’t be strong enough for mission work because of the tuberculosis he contracted as a seminarian. But after spending five years in a Melbourne parish he was given a chance in Fiji in 1952. There he realised the urban poor needed practical help:

“In Ba town, I saw the very poor housing in which even wage-earning parishioners were living. I did not see much point in advising them about family life and family prayers when they didn’t have a proper family house! So my interest in housing grew.”

Fr Dermot came across a Ctesiphon building. He felt that this cheap hurricane-proof house might be a housing solution for the poor in Fiji. 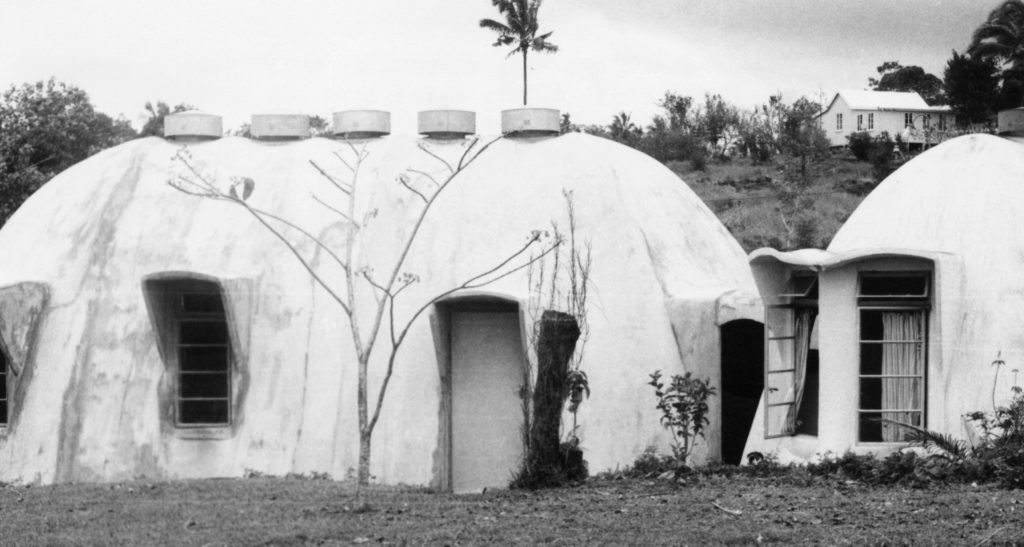 He began building ctesiphon houses and village churches. His bishop was not impressed, saying that the ctesiphon house was like an upturned jam jar. “Beauty is in the eye of the beholder,” responded Dermot.

Fr Hurley himself realised later that ctesiphon buildings were not the answer to the housing problems of Fiji. Savings made were only about 10% of the total cost of a conventional house in an urban area when sewerage, plumbing, electricity, floors, partitions, ceilings etc are to be provided.

Besides, people wanted a conventional house with a better resale value. But this ‘failure’ soon led to further involvement.

Fr Hurley realised that the building standards in force in Fiji were an obstacle to affordable housing. His submissions to the Housing Authority (HA) showed that it was only building houses for higher income workers. He planned a successful ‘self-help’ building scheme for families in his parish in Suva, Fiji’s capital. This pitched him into the detailed problems of permission, planning, purchasing materials etc.

In 1966, Fr Hurley was appointed to the Housing Authority board and became the Chairman of the Board from 1967 to 1975. He persuaded the Fiji National Provident Fund (a national compulsory pension fund) to allow withdrawals for housing.

He negotiated cutting down on the expensive infrastructure. He also championed a scheme for building a basic house structure without ceilings, partitions, glass windows etc.

He was involved in building the Raiwaqa Estate where, as Chairman of the HA, he welcomed Queen Elizabeth II when she visited it.

In 1969, he prevailed on the Fiji Council of Churches to set up HART (Housing Assistance and Relief Trust) to build houses for the very poor.

In 1972, Fr Dermot was seconded to work full time as Executive secretary of HART for four years. He and his co-worker, Sr Xavier, made a big impression on the people they helped.

Today HART provides housing and other services for 800 poor or destitute families.

Fr Dermot found this work, especially the planning of new HART villages, very fulfilling as difficulties were overcome and the work of housing the poorest in the country bore fruit.

His funeral Mass in 1999 was attended by the President of Fiji and many public officials. According to the Fiji Post, Fr Dermot Hurley was “more than a priest; to Fiji he was a leader, a pioneer, a teacher, a social worker, a missionary, a friend of the poor.”